INFJ vs INTJ: The Advocate and the Mastermind

Most adults are generally familiar with the Myers Briggs Personality types, in part because they have been used to assess strengths and challenges in areas from corporate culture to relationship dynamics.

But minute differences between closely related personality types are often overlooked, in spite of the fact that they can influence individuals choices or actions in many aspects of life.

Two fascinating types are the INFJ and the INTJ personalities. 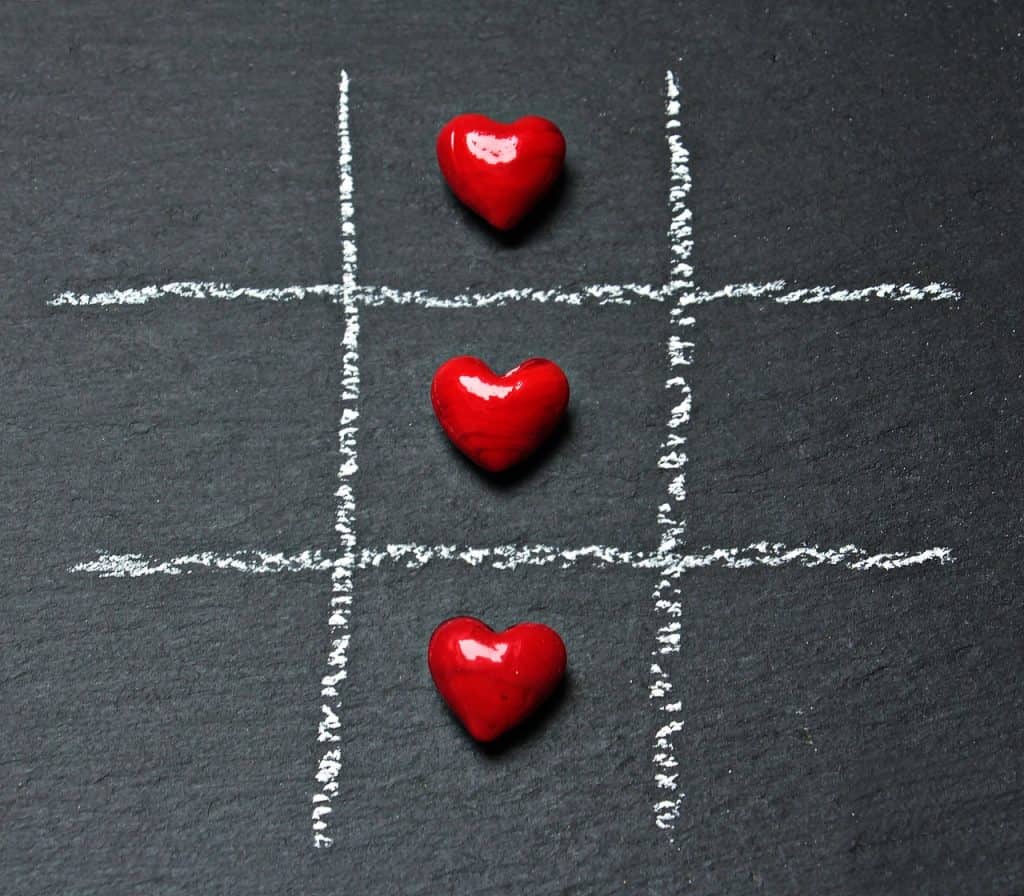 Also known as the counselor, individuals with this personality are internally motivated and creatively active.

Although they are rare in the general population, their inborn sense of balance and morality make them excellent diplomats.

They pair this ethical paradigm with an idealism that assumes every situation can be successful and beneficial to all.

Like INTJ’s, they possess excellent problem-solving skills. Even if they actively assist in relief efforts, humanitarian actions, or charitable projects, this isn’t where they’ll stay.

In whatever walk of life they find themselves, the INFJ is observing the world and working the problems with which they are presented.

Eventually, they will seek a way to address whatever foundational or causal problem is responsible for the suffering or injustice they observe.

Although they are typically soft-spoken and do their best work firmly away from the draining social attention that comes with celebrity, they don’t give up easily.

They are stubborn once they feel their position is both secure and righteous.

This stubborn insistence is marked in a host of different life areas—from selecting a romantic partner to interaction within their profession.

Because they are keenly observant and natural students of human behavior, INFJs often place great importance upon authenticity.

Even if they lead movements that betoken broad social changes or participate in international diplomacy, it’s entirely likely that few will claim to honestly know them.

Romantic or platonic, INFJs take their intimate connections quite seriously and will cherish a few life-long friends, rather than collecting and discarding numerous shallow interactions over time.

This is because they do require substantial emotional interactions and reassurances, unlike their counterpart INTJs. As a result, they will seek out confidants and partners only when they are ready to do so, and only with individuals they feel are worthy.

One note of caution for these seekers after truth—be patient with others. Otherwise, entirely beneficial and healthy dynamics will be abandoned before they’ve had a chance to blossom.

While they are idealistic and driven, which perfectly suits them to lead movements of social change and influence entire generations of individuals, they do have some challenges to overcome.

As profound lovers of beauty, truth, and balance, they will throw all their energies toward achieving substantive and lasting change.

That stubborn streak will push them farther than most other personality types, but it does come at a cost.

INFJs often neglect their own well being as they pursue their goals. This undermines them in subtle ways but ultimately leads to total burnout.

INFJs are also highly emotional, but because they serve their own perfectionism first, it can often mean that they spend much of their life without meaningful and restorative companionship.

This personality type is often depicted as continually needing a cause because they perceive their greatest fulfillment in service to their high ideals. But they are also surprisingly thin-skinned, and they tend to identify with their objectives on a profoundly personal level.

When those causes are challenged, INFJs can lash out, and their perceptive, otherwise logical nature is devastating when they choose to abandon the rules of fair play.

Even considering the hurdles they must work to overcome, the INFJ personality is almost always a force for good in the world.

When they attend to their own health, offer others the chance to rise to their high expectations, and remember that not everyone is capable of the emotional depth and gravitas by which they come naturally, they are a gift to the world.

Some of the most well-known individuals of this personality type include Nelson Mandela, Mother Theresa, and Martin Luther King Jr.

INTJ personalities do share some characteristics with their INFJ friends, but where the latter places considerable weight upon both their own emotional needs and those of the world at large, the former are far more objective.

They tend to gravitate towards disciplines that are full of certitude, rather than the mystic, dreamy, and idealistic or artistic pursuits. They can also be seen as somewhat cold because they are.

That’s not to say they have no emotions or emotional needs. Instead, consider the world from their perspective—one of the rational problems with defined solutions.

Life is a very long game of chess made up of shorter matches, and the INTJ is perfectly adapted to win those matches. These individuals possess a rational, problem-oriented approach to life and often have little true patience for people who are messy, emotional, and irrational.

Although this impatience is likely to stay with them their entire lives, INTJs learn a critical skill early on—which is to mask that irritation with charm and charisma.

This technique has earned them their other appellation, The Mastermind. When paired with their inborn thirst for knowledge and keen perception of human behavior, they can be just as integral as their INFJ friends when it comes to changing the world.

However, they’re less likely to select an artistic or altruistic channel for their activities, preferring to arrange matters in more practical and pragmatic fashions to improve society or alleviate human suffering.

Regarding personal relationships, these rare individuals tend to have few, and only with those who meet their high standards. If they seem to be cold, it isn’t because they lack emotion but merely that they are efficient at caring for those needs.

They don’t require external nurture, and would likely prefer it if everyone who did would go somewhere else. When comparing this aspect of personality to those of other designations, this type is perhaps the most like any archetypal scientist one is likely to meet.

Like many other introverted types, the INTJ is extraordinarily private. They are capable of passion and extended romantic relationships or platonic friendships, but only with those who respect that privacy.

Meddle with their secret hearts and risk being frozen out for good. The INTJ won’t waste energy with recriminations or calculated punishment, but any trespassers are likely to bear the scars of frostbite the rest of their lives.

The orderly universe of the INTJ moves according to an internal logic that is as immutable as natural law. Like the INFJ, they are motivated, purposeful, and stubborn, but they lack emotional intelligence.

While they can compensate for this with their high intelligence and knowledge of the world, if they delve into a creative pursuit, it is likely to lack soul, however perfect the execution of form happens to be.

Individuals who prize emotional depth may sense that chill core of logic and purpose around which INTJs build themselves.

For some, this is unacceptable. Rather than being received as a logical individual with much to offer society, INTJs can be greeted with suspicion or seen as automatons without a more profound humanity.

This is where the development of personal charisma becomes vital.

Because they are often logical, such philosophies and moral frameworks deeply inform the interactions and personal dynamics of the INTJ throughout their lives, allowing the growing INTJ to steer clear of some of the darker realms of psychopathology.

Some of the more well-known INTJs include Isaac Newton, Thomas Jefferson, and Caesar Augustus. 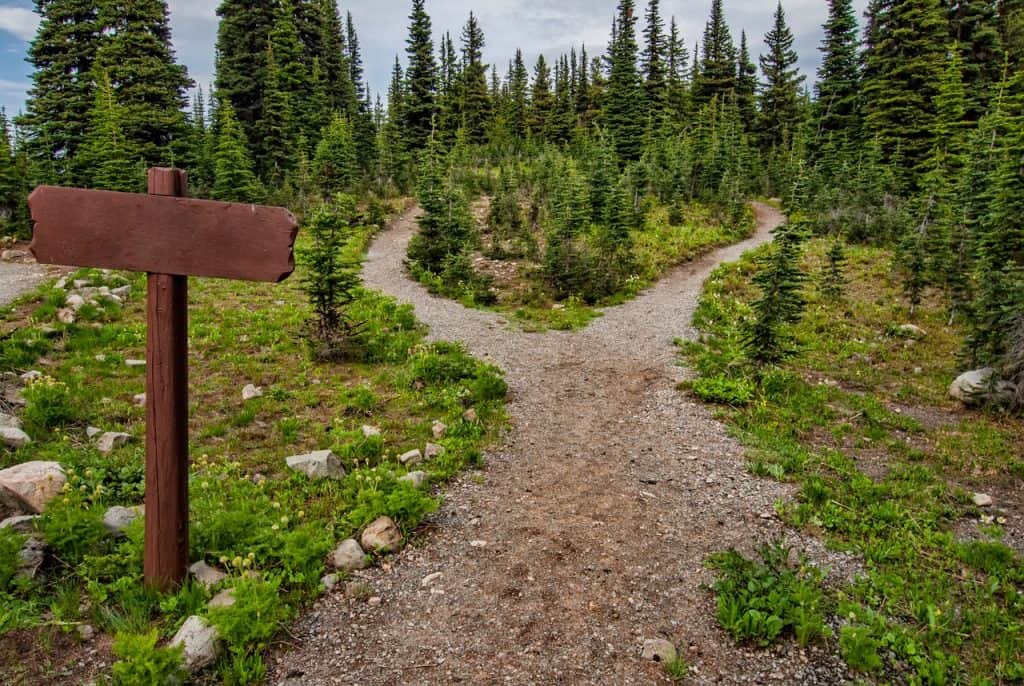 While both personality types are known as introverted and intuitive, with the powers of critical assessment inherent in the judging aspect, there are some profound differences.

These center on the Thinking and Feeling aspects of the two personality types, in which they are reversed. INFJ is considered to have extroverted Feeling (Fe), which reaches out and connects to others on an emotional level.

It also makes them more comfortable expressing personal emotions and handling emotional expression from others. INTJ is just the opposite, preferring to steer clear of such expression and perceiving emotional nurture of others as a general waste of time.

However, INFJ has an introverted focus on their thoughts (Ti) and is given to meditative retreat from the world when a problem requires a solution.

INTJ, on the other hand, applies their profound intellectual gifts in an extroverted fashion, reaching out into the world to set things to rights.

Other differences between these two include their overall approach to problem-solving—INFJ tends to prefer to consider a system of factors in a holistic approach, whereas INTJ will take a suite of factors apart, analyze components, and render solutions in a methodical manner.

While both types of personality are rare, they each touch the world in a unique way. They are private either emotionally or intellectually and work best beyond the reach of the limelight.

Unfortunately, their drive and dedication to their causes often thrust them into the path of such celebrity.

While they may remain elusive, when these personalities feel the pressure of attention, they will both fall back on their close relationships with friends or romantic partners to maintain a sense of stability and order during a stressful time.

INFJs are very private people. Although they wish to develop close bonds with others, it’s often difficult for them to make the first move. Additionally, these types need time to be able to open up to others. Having a total dislike of small talk, INFJs prefer to discuss topics with meaning. As perfectionists, INFJs hold…

The INTP-INTJ Relationship – What does it take to work? As with any relationship, the chances of a successful partnership must factor in how each person will develop over a period of time. Taking a Myers-Briggs approach to assessing the compatibility of personality types can uncover some fundamental aspects of how certain personalities interact –…

The INFP-INTJ relationship can be very rewarding if the couple can learn to overcome some serious differences in the way that each partner views what a relationship should be. It can be difficult for both the INFP and the INTJ personality types to find an ideal romantic partner in the first place. The INFP is…

INFJ vs INFP: How INFJs Differ From, INFPs Out of all the Myer-Briggs personality types, INFPs and INFJs are the most commonly mistaken for each other. Superficially they do appear to have similar characteristics, but in actual fact, they are very different personality types. You only have to look at their individual functional stacks to…

Are you interested in ESFJ Personality? Then this guide is for you! Sometimes referred to as the”Caregiver,” the “Provider,” or the “Consul,” someone with the ESFJ personality type is very sociable. With a great love for and interest in people, this type enjoys encouraging and uplifting those around them. Highly popular, the ESFJ wants everyone…

Are you interested in ISTJ Personality? Then this guide is for you! The ISTJ personality type is firmly established in rules and traditions. Most commonly referred to as “The Inspector,” individuals of this type focus on details and concrete evidence. An upholder of law and order, this personality type is prone to action rather than…